But sadly only in my photo library…

In my continued efforts to clean up my photo library I decided to revisit my Paris shots and I found these 12 shots.  As I have learned a few more editing techniques and gotten a little more processing software I decided to revisit some of them and see if I could make them any better and here is the result.

I have not done selective color in a long time but I really thought this was a good candidate for it. 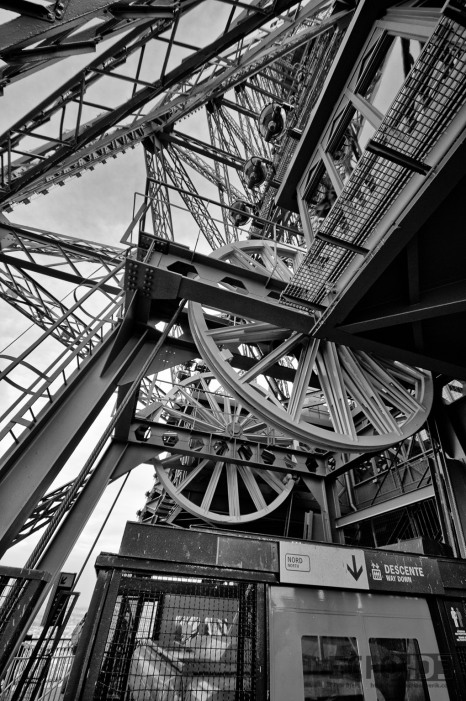 OK So it’s really one of the telescopes you can pay to use and look down at Paris, but Death Ray sounds so much cooler.

OK So it’s really one of the telescopes you can pay to use and look down at Paris, but Death Ray sounds so much cooler.

The Eiffel Tower lit at night 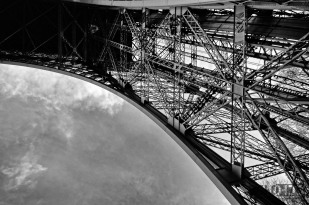 Under one of the legs of the Eiffel Tower. 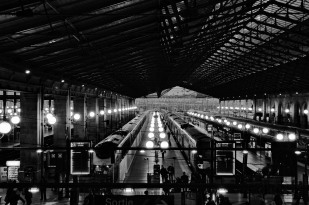 I really thought this one was lost as it was so underexposed and dark, but I was able to do an LDR enhancement using EasyHDR to produce what you see. Still a little dark but the lights give it a sense of mystery. 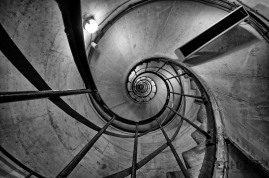 The stairs leading up into the Arc de Triomphe

I think this is looking up from inside one of the legs of the Eiffel Tower but I am really not sure.

Keep on turning, Proud Marry keep on burning (Proud Marry, Creedence Clearwater Revivall)… Sorry this is not the big wheel from Proud Marry but one of the pulleys for the elevator system in the Eiffel Tower, but I could not help my self and broke out into song. 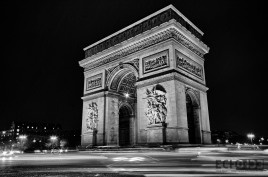 4 thoughts on “Going back to Paris”